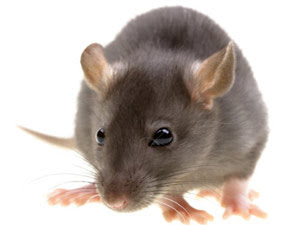 Click Play on the video and listen to Michael Jackson's "Ben", the theme song to the "Willard" series of movies about super rats as you read about my recent brush with the rodents which I feared was going to end in death by rat.

Last night about 3 am I was crawling back into bed when I saw something move at the foot of my bed. On second look I saw a tail, a long thin rat tail waving at me in the dark from the foot of my very own bed. For the 100th time in three days, Michael Jackson began singing "Ben, the two of us....." in my head and I began to scream out louder than I imagine a 6-year-old Pinky Penmark would have.

Then suddenly, I became energized. After three days of being uncomfortable in my own house, I was going to get my power back. Suddenly, I felt butcher than Butch Cassidy because I was the man that was going to fucking kill this rat that had reduced me to a gay stereotype. Dammit, this is my house, rat, and I am going to teach you a lesson. As these thoughts raced through my head, I reached for the broom and shovel I had been sleeping with for the past two days then I lunged at the rat.

That's when I realized it wasn't a rat after all but a piece of feathers from my comforter being blown back and forth by the ceiling fan. And, that's when I cried. The rat was still winning and it was all I could think about.

I managed to fake that everything was ok for the next nine hours when I walked around the corner of the hall and there on the carpet in the middle of my living room was a dead rat. I froze for 30 seconds then began to hyperventilate. Was it really dead? What do I do now? Oh hell no, I am not picking that rat up I said.

So I called my friend Gabriela and said to her, "You only live 45 minutes away. How soon can you be here to pick up this rat for me?" It ended up taking her twenty minutes to convince me that I was man enough to throw an old t-shirt over the rat, sit a flat end shovel next to the rat and then use a rake to pull the rat and t-shirt into the shovel at which point I would use the rake for a lid for the shovel and go running out the front door with everything together. That's exactly what I did, and soon as I stepped off the front porch I threw it all. The rat landed in the driveway looking at me with its cold dead eyes still open.

I literally said, "Man, fuck this shit" and went screaming to my neighbor's house yelling "Jarvis, Jarvis, I need your help." He came to the door carrying his six-month-old daughter, and I said, "Give me the baby! I need you do something right away for me." He was looking at me crazy and I suspect he had good reason to, but he actually handed me the baby as I told I needed him to get the rat to the dumpster in the alley out back for me. He is a kind man and did just that as I contemplated that this rat was about 12 hours away from destroying me. A couple hours later I took Jarvis a 12 pack of beer for his services.

Let us pray there isn't really a family.