Perfectly Flawed-The Mother (and Moment) that Made Me 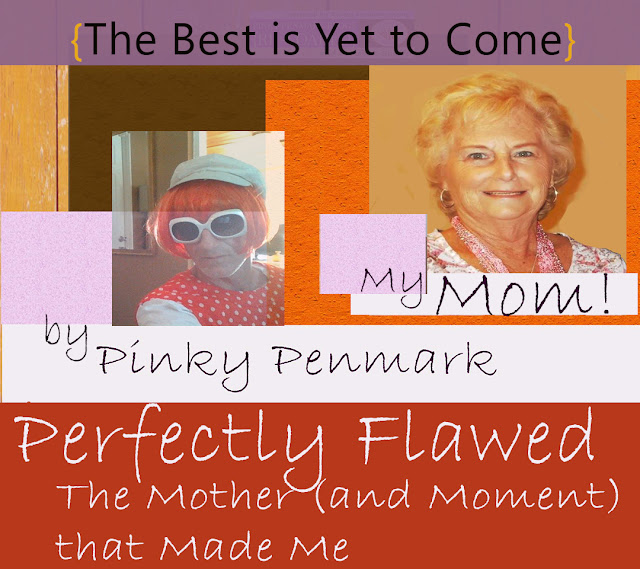 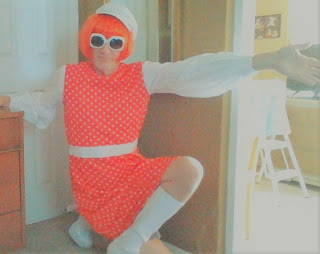 We hope you all enjoy reading "Perfectly Flawed" and that you remember every day that you are capable of making peoples' lives better with even the seemingly most innocuous choices that you make.


Pinky Note: I do not believe that my Mom has any idea that a singular action of hers, an action I am sure she still describes as embarrassing and semi-humiliating, had an impact on me so great that it would utterly and entirely change my life, my character and my desire to leave the world a better place than when I arrived.  The following post is the story and facts in brief of my mother's life but more than that, it's a story that depicts how profoundly one human being can influence another human being's chosen path. It illustrates how random it can be, and the importance of living by our character at all times because you never know how close another may be paying attention, and how our simplest actions can profoundly change lives. 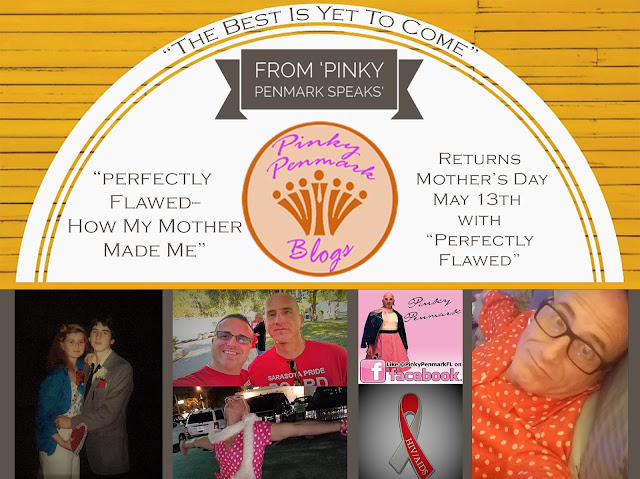 Today, billions of people across more than 40 countries will be celebrating the lives of the women who brought them into the world. Today, I am unable to be with my Mother, but the miles between us can never diminish the effect that a life with this woman has had upon me.

Mom started out in a seemingly ordinary style born in 1942 in Eastern Central Ohio to a plumber and a housewife. At the time the country and the families of eastern central Ohio were desperately seeking to overcome the lasting effects of the Great Depression. The only references to those early days you would ever hear my grandparents or parents make, however, would be framed merely by expressing that their only desire was to make sure that their children had the things they never had, and the opportunities they never had.  The struggle was real, but the details were never dwelled upon except in how they planned to make sure their children never had those same struggles.

By the spring of 1959, my mother had graduated from high school (where, of course, she was a cheerleader), navigated a childhood of being the only daughter amongst three brothers, and her and my father were setting their sights on the future. They married in July 1960. My brother was born the following year, and I came along in 1965.

(Please note that this is the only public reference you will ever hear to the actual year of my birth and my real age.  And, now, erase it from your memory for should you decide to repeat it, Pinky will be forced to excommunicate you from her Kingdom).

The following SmileBox will take you through the fun of all of our early years and will make a brief mention of that moment in our lives that would embarrass my mother but would have a lasting effect on every day of the rest of my life. And, that was the day my mother chose to take the “chicken stairs” down the giant slide at Kings Island amusement park in Lebanon, Ohio sometime in the mid-1970s. My brother, father, and I would go racing down the slide and leave my mother behind to go down the slide that she was afraid of all by herself.

The Actual Giant Slide in the 1970s at King's Island