Remaining Rational Amid Irrational Occurences Became Impossible...And, then I Discovered I had a Stalker 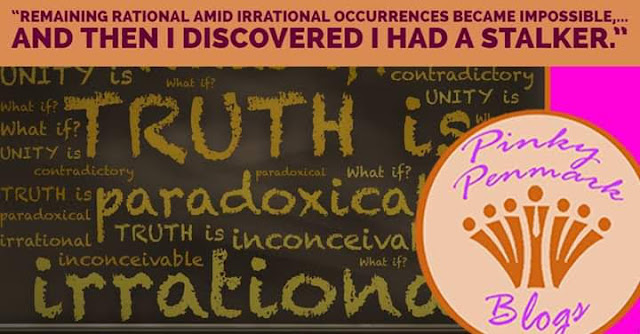 It was late August 2018 in the middle of the night when I heard the first voice speak to me from behind the privacy fence on my back patio. It was the time of year in St Pete when all of its residents are collectively asking if the long, sweltering summer will ever end.

It’s also about this time every year that I slip into a minor depression when I ask myself the same question and realize the answer is that the blistering heat will not subside in the least until the first cool front arrives about the third week in October as my childhood friends up north are gathering for the “Greatest Free Show on Earth”.  I’m referring, of course, to the Circleville Pumpkin Show held annually the third week of October in my hometown of  Circleville, Ohio.  Early each autumn while I am desperately bargaining for relief from the Florida heat, and this autumn in particular, while I was bargaining for the return of my sanity, my Ohio friends are wishing for warm weather, but instead usually settle for bundling up to attend the Pumpkin Show revelry. 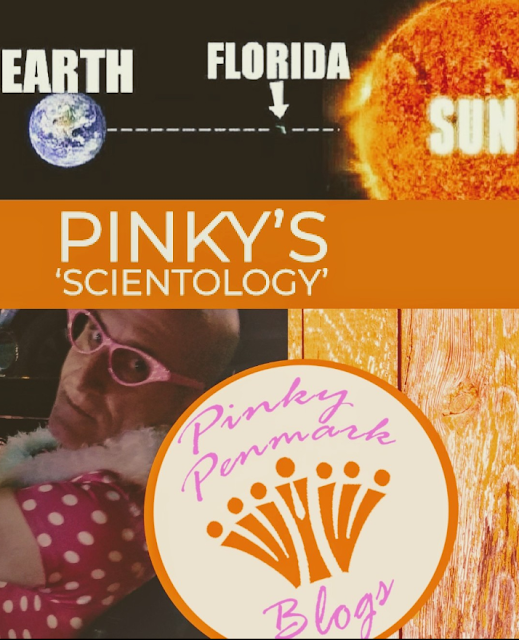 Although I know the trade-off for a sweltering summer over a snowy winter was the right decision for me when I moved to Florida 22 years ago,  this homosexual man sure does miss the change of seasons and the opportunity to layer a smart looking fall outfit with vibrant oranges, browns, and deep purples. Reminiscing about my yearning for a change of seasons and architecture, however, will have to wait for a future post unable to successfully jump off the crazy train upon which I currently find myself trapped. 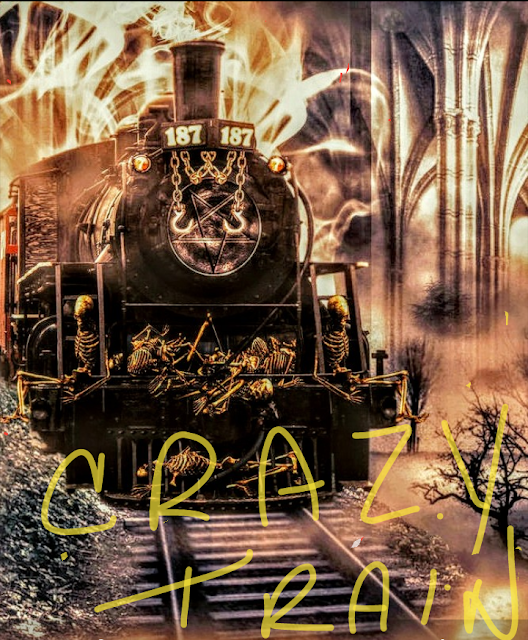 The voice I heard that night was so real that my brain didn’t immediately recognize the oddity of a voice seemingly coming at me from between a large, beautiful bougainvillea that my mother had given me a few years ago and the privacy fence upon which it was growing.

I automatically responded to the voice before it dawned on me that it may not be normal that a bougainvillea climbing a privacy fence was speaking to me at 4 o’clock in the morning.


The voice said to me, “You are going down, Robert.” My immediate and out loud response to the voice was "yeah, right”.

The voice, however, turned out to be right for this night was the beginning of my slide into irrationality as a result of the things that were beginning to happen around me.

All of us regularly experience moments when we misplace an item in our homes only to later find it in a place we are quite sure we never left it. Or, shadows dance around us as we linger in the twilight we encounter just before sleep.  We normally shake these instances off as moments of forgetfulness or our semi-conscious imaginations gone wild but imagine that these instances rapidly increased in their frequency until they were happening daily and then continued to multiply until they were routine. Would you also begin to question your own sanity as I have recently?

A few days went by and I had nearly forgotten about the voice when one morning I twisted open the blinds in my Florida room and written in the condensation forming on the sliding doors were two messages. One door displayed the message “you won’t last long” and through the dripping condensation on the other door I could easily read the phrase “rest in peace”. What made this so scary was the messages were written from the inside, not the outside. I looked down immediately and saw that the wood board I use to fortify the lock on the sliding door was still properly in place.


From this point on morning words of wisdom written in the condensation on the windows throughout my house became commonplace. On only the first three occcurences, however, had the words been written from the inside of the windows as if the author had suddenly escaped and was now on the outside looking in at me.


This particular phrase is known well by me because I have a bad habit of using it too often. This is the first time I seriously began to question my mental health. It seemed clear to me with the appearance of this phrase on my bedroom wall that I must have indeed been the one who wrote it due to my familiarity with the phrase.  My consciousness has zero recollection, however, of making this inscription.


The next four weeks were filled with new inscriptions on my walls every night. Always at night, always in my bedroom, and always just as I would settle into bed for sleep. The safe haven of my bed and the prospect of a rejuvenating night of sleep had been completely taken from me. Fear and an unhealthy dose of paranoia were beginning to take over.


My days began being occupied entirely by the energy it takes to hide from the world the fact that you think you have gone crazy. 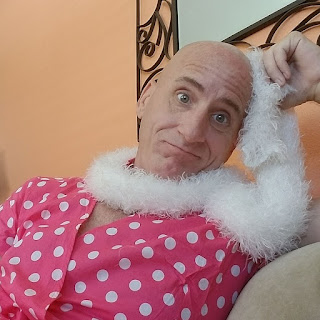 Next week on “Pinky Penmark Blogs “ as more odd occurrences add themselves to my crazy train, I discovered I had a real-life stalker. Could my crazy train be explained by the actions of another human, and even if they could, would that make my recovery or my leap off of the crazy train any easier?