How the Tragedies of September 11, 2001, Ironically Saved My Life

The New Season of
Pinky Penmark Blogs
is Here.


Overcoming fear, tragedy, and depression and getting your life back. 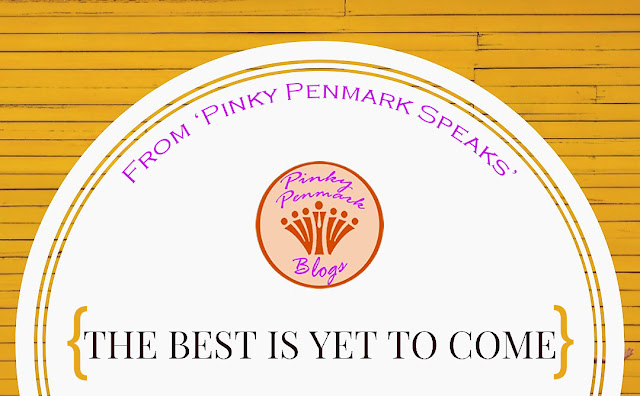 Other than being in Tallahassee Regional Medical Center for the 27th time suffering from pancreatitis with a Demerol PCA pump allowing me to stay in a pain-free haze while coming in and out of consciousness, September 11, 2001, began as a typical day.

What of which I had no idea was that this day would forever change my country, the world, and my life.

I was propped up in my hospital bed that morning eating my clear liquid diet and feeling quite sorry for myself as I had been doing for the past two years. During this period, I spent more time in the hospital than I spent at home. From my hospital bed, I watched Y2K fears spread across the world and Florida become the country’s embarrassment during the hanging chad debacle of the Bush vs. Gore election in 2000.

I became depressed because my doctors and family were quite sure that I was an out-of-control alcoholic as the most typical cause of pancreatitis is heavy drinking.  I continued to tell my doctors and nurses that it was a stretch for me to have more than two cocktails a month during this period of my life, and they continued to treat me with increasing disrespect because they believed that I brought my medical condition upon myself through alcohol abuse. I had been living with HIV since 1988 so I probably, in fact, had reason to abuse alcohol, but I knew positively that alcohol was not the cause of my chronic pancreatitis although no one else believed that at the time.

A few weeks before September 11, 2001, my doctors sent me to Shand’s Hospital at the University of Florida in Gainesville to be evaluated for the Whipple procedure which is a life-changing pancreatic surgery that would have rendered me insulin-dependent for the rest of my life. The Whipple procedure (pancreaticoduodenectomy) is an operation to remove the head of the pancreas, the first part of the small intestine (duodenum), the gallbladder and the bile duct. The remaining organs are reattached to allow you to digest food normally after surgery.

Within three to fourteen days after being released from the hospital, the distinctive abdominal pain that I had learned to recognize so well would return, and I would have to be re-admitted to the solitude of yet another hospital room.  And, then there I would lay in a Demerol fogged haze once again dealing with judgmental looks from doctors and nurses as I floated in and out of consciousness.

It was a life living with HIV and constantly worried that the other shoe would drop coupled with bout after bout of pancreatitis that was sucking my desire to live out of me with each new hospital admission. There were the Infusaports that would have to be surgically placed on each side of my heart in order to allow the necessary intravenous medications and nutrition to enter my body and the rush to surgery each time one would become infected and threaten me with sepsis. There were long periods of time that I was not allowed to eat anything or take my life-saving HIV medications because stopping anything and everything from going through my pancreas was the only way to stop my pancreas from overproducing enzymes that would “eat” the organ from the inside out.

Insertion of Long Term Intravenous Access Device/ Infusaport. ... Once in place, an Infusaport helps to deliver intravenous administration of chemotherapy or other medications, IV nutrition, blood products, as well as taking blood samples for testing. It is made of two components - the port and the catheter.

And then the very somber and confused face of Katie Couric broke into my television programming announcing that the first plane had struck one of the World Tower buildings in New York City. Not long after the word came of the second tower, the Pentagon, the field in Pennsylvania and video of people jumping to their deaths from atop the Towers before each one collapsed in slow motion live on the television in front of me. I began frantically pumping my Demerol PCA pump to force myself back into that delicious unconscious world of pain killers as I noticed my room-filling up with doctors and nurses staring in shock at my television with their mouths aghast.

My eyes glossed over and the lights went black as the nightmares began before the dreams of getting my life back emerged.  I had miraculously lived through the first decade of the AIDS crisis after burying so many of my friends. A former partner had been murdered and died in an ambulance on his way to Ohio State University Hospital after being stabbed 56 times. Y2K panic and the hanging chad incident were behind us and now several thousand people were killed on 9/11. The world was coming to an end in my nightmares, but when I woke up somehow, I had survived.

This is when I decided to do some research and discovered that in April of 2000, a warning had been issued that the HIV medication Zerit was causing a high number of patients across the United States to develop chronic pancreatitis and many had died as a result. It seemed unfathomable to me that my internist, my infectious disease doctor and my gastroenterologist that was painting me into a corner of alcoholism were unaware of this massive warning regarding Zerit that had been sent out to medical professionals across the country.

As one reads this, I am sure as a layperson that you have already done the math and realize that I had been taking Zerit for the past two years.  As it turns out, each time I was released from the hospital and put back on my medications it was no coincidence that my pancreatitis would suddenly recur.

Of course, from this day forward I never took another dose of Zerit and my pancreatitis never returned. My doctors never acknowledged their mistake nor did they apologize for falsely accusing me of alcoholism to cause my pancreatitis.

Soon after I left the city of Tallahassee and began a new life in Saint Petersburg. Not until doing research for this blog did I know that in 2014 my internist in Tallassee died at the age of 69 of complications from back surgery and my infectious disease doctor, whom was my exact age and also from the Columbus, Ohio area committed suicide at the age of 50 in 2015.

My gastroenterologist is still practicing medicine in Tallahassee and a quick search of his Google reviews reveal very little redeeming about his medical group.

Never forget that we, as individuals, have the power to recover, alter the trajectory of our lives, and are ultimately responsible for overseeing our own care.

Subscribe to Less Politics, No Deadlines and More Pinky by Email