Why I no longer believe this organization & company to be LGBTQ+ allies.

Excerpt from a document I was presented with for my signature. (Warning: Homophobia lives in this document)

“Staff noted in the message that even though staff’s religious beliefs are against resident’s sexual orientation that has never led to staff treating or saying anything to purposefully make resident  feel that their lifestyle was wrong and staff advocates for what is right not what their religious orientation subscribes to. Again resident took staff’s words to mean that staff was discriminating against him on moral grounds and that staff felt morally superior to him.” 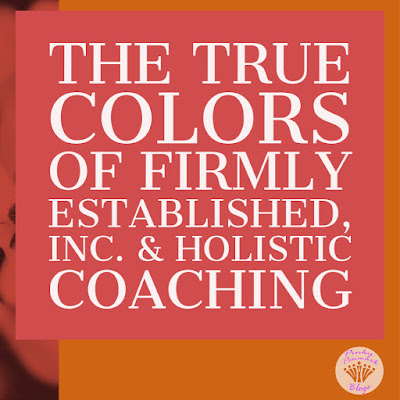 "I am confident that if local leaders and business are made aware of my experience that they will reconsider partnering with FirmlyEstablished, Inc. or Holistic Coaching if presented the opportunity to partner with them in the future."

On May 28, 2019, I moved into a property managed by HolisticCoaching and under its corresponding program and handbook rules as I began rebuilding my life after a long illness. I shared the house with two other men and at times three other men.

Three months later I transitioned into more independent living when I moved by myself into the converted garage apartment behind the main house on the same property.

In the beginning the leadership of Holistic Coaching, a for-profit company in St. Pete, seemed personable, and I felt like these properties and its program were going to be a good fit for me.

Soon after I began living there, I learned that the same leadership also ran a nonprofit organization named Firmly Established, Inc, and its mission was to serve at-risk children and families in Pinellas County.  I was quickly interested in seeing if I could find a way to help this organization fulfill its mission.

Those of you that are familiar with me know  for the past decade I have volunteered extensively for local non-profits including ASAP, now Empath Partners in Care (EPIC) and Tampa Bay AIDS Walk in addition to serving as Operations Manager for St Pete Pride for a couple years.

In a wild twist of events after I created the Pinky Penmark character, a character intended to be a one-night appearance at the MetroInclusive Health Gala, I was asked to bring Pinky back as the Host of Bingo4Charity at Punky’s Bar and Grill.  The idea scared the hell out of me before I embraced it as an opportunity to continue my work raising funds and awareness for local non-profits.

Thus, the Pinky Penmark character returned, and I continued to host Bingo4Charity at Punky’s for approximately a year and a half until my illness rendered me unable to continue.  During that time Pinky had organically evolved into a pinkypenmark.com, this blog , and many social media followers.

When I had learned that the leadership of Holistic Coaching also ran the non-profit Firmly Established, Inc. I immediately told them about my Bingo4Charity days and suggested that I schedule a Bingo Event at Punky’s to benefit the organization.  I decided I would make a return appearance of Pinky along with its current host in order to raise funds for the organization.

Everyone at Firmly Established seemed on board and excited for the event which was held in August of 2019.  The event was successful, and we scheduled another bingo at Punky’s at which Pinky made another return appearance in December of 2019.

During the months in between, I also began volunteering a couple days a week at the Firmly Established, Inc. offices and even went out on a limb to set up events for them in partnership with a local HIV/AIDS Service Organization.  I suggested the organization reserve a booth at Come Out St Pete at which I would also work in October 2019.

I eventually stopped my volunteer work with them because I felt their volunteer expectations were no longer comfortable to me which inspired a previous blogpost “Re-affirming My Boundaries & Reclaiming Myself”. The parting was amicable enough, and we even scheduled another bingo event at Punky’s in April 2020 in which Pinky would again make a special appearance.  The COVID-19 crisis forced the cancellation of that event.

Even before COVID-19 intervened, I had made the decision to cancel Pinky’s appearance at the April event based on the feeling I was forced to sign the document referenced above in order to keep a roof over my head.  Below is an actual image of the text of that portion of the document I felt coerced into signing.  The full document including signatures is available by request.

A social media back and forth between the leader of HolisticCoaching and Firmly Established and myself led to my presentation of the document by a knock on my door on a Saturday afternoon in late March for my signature.  A person of their choosing to witness either my signature or my refusal to sign it was even brought along.  The document focused mostly upon our social media disagreement, however, the excerpt of text in the image above is what screamed out at me.

I felt immediately deceived and exploited.  You see, never in my previous nine months of representing, recommending, and fundraising for Firmly Established, Inc. had I been made aware of their religious beliefs against my sexual orientation nor the fact that they considered my life a “lifestyle”.  I quickly came to believe this was purposely kept from me. I realized immediately that the leadership of Firmly Established had acted opportunistically and that they had exploited me and a character I had created for financial gain to their nonprofit.

"You see, never in my previous nine months of representing, recommending, and fundraising for Firmly Established, Inc. had I been made aware of their religious beliefs against my sexual orientation nor the fact that they considered my life a “lifestyle”.

I believe in a person’s right to their opinions, but clearly, the leaders of Firmly Established knew that had they informed me of their beliefs at the beginning of our relationship in no way would I have recommended them to local LGBTQ+businesses including Punky’s Bar and Grill, local LGBTQ+ events, festivals, or other local nonprofits.  In no situation would I have ever recommended, worked with, or raised a penny for Firmly Established, Inc. or Holistic Coaching, period.

I moved from the Holistic Coaching property 8 days after I was presented with the document in which the true colors of the organization were revealed to me.

I apologize to the businesses, organizations, and leaders in my community to which I recommended Firmly Established, Inc. and HolisticCoaching, and quite frankly, I am embarrassed because I should not have been so easily deceived.

For the past three months, I have remained publicly silent on this matter until I recently learned that another fundraising event for them has been scheduled at a local LGBT owned restaurant in St. Petersburg.

Each LGBT and ally affiliated business and non-profit in my community has their choice as to if they should consider partnering with FirmlyEstablished and Holistic Coaching.

However, I feel at this time it is my responsibility to inform the LGBTQ community of my experience with Firmly Established and Holistic Coaching and that I no longer believe their intentions toward my community are pure, but instead motivated merely by financial gain.

Again, I am confident that if local leaders and business are made aware of my experience that they will reconsider partnering with FirmlyEstablished, Inc. or Holistic Coaching if presented the opportunity to partner with them in the future.